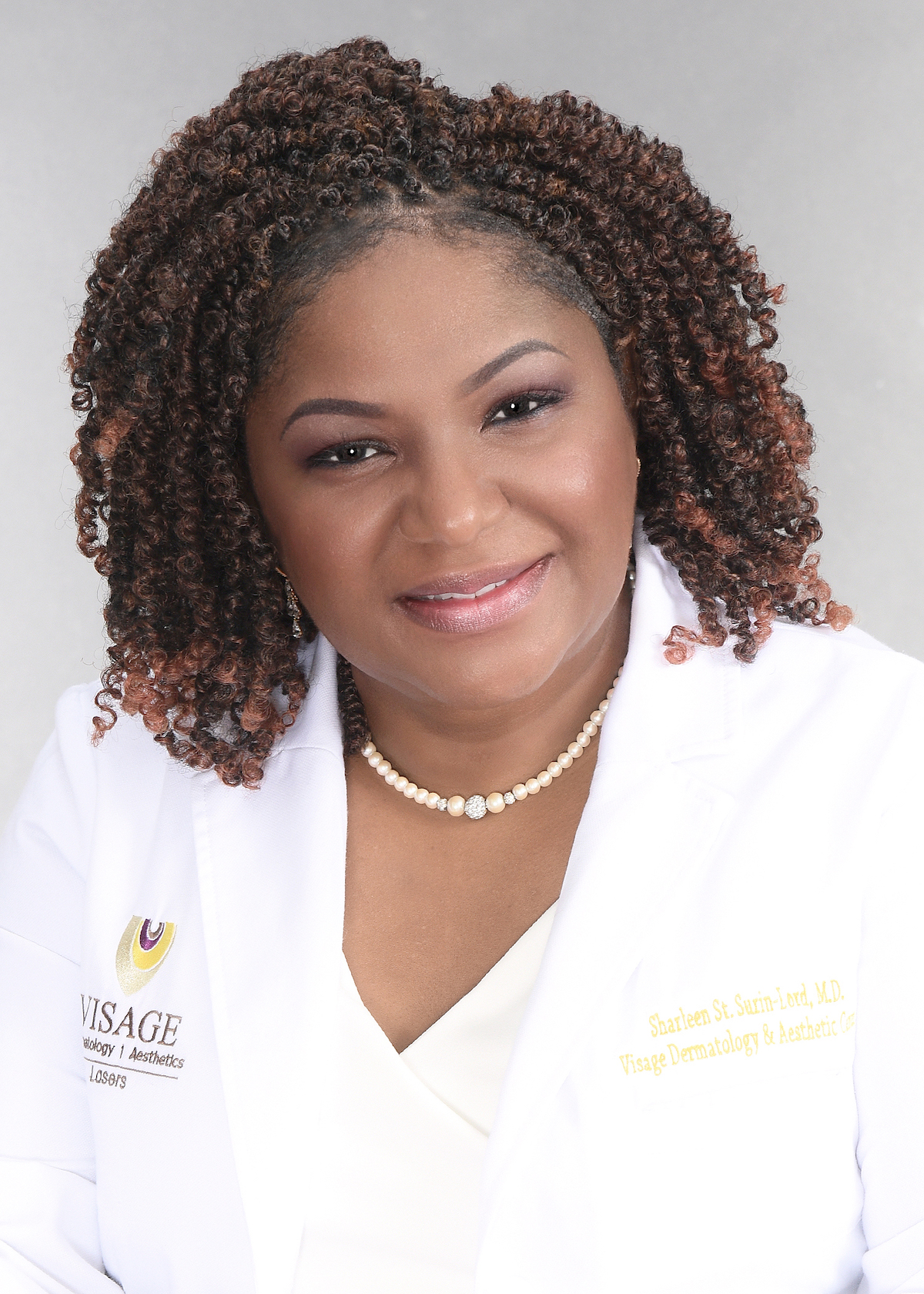 After graduating from college, Dr. St. Surin-Lord worked in vaccine technology and manufacturing, as well as pharmaceutical sales at Merck & Co, Inc. While in medical school, she was Research Fellow at the National Institutes of Health (NIH) and later became one of few to serve as Research Scholar at Howard Hughes Medical Institute. Following medical school, Dr. St. Surin-Lord completed an Internal Medicine internship at Albert Einstein at Montefiore, in Bronx, NY, as well as a residency in Dermatology at Howard University and the DCVA Medical Center.

Already a Board-Certified Dermatologist, Dr. St. Surin-Lord continued to expand her knowledge with a Fellowship in Cosmetic Surgery, during which she received mentorship from the esteemed Dr. Suzan Obagi. At the same time, she filled the role of Clinical Instructor to Dermatology Residents at the University of Pittsburgh Medical Center.

Dr. St. Surin-Lord is a Fellow of the American Academy of Dermatology, as well as the American Society of Dermatologic Surgery. She serves as an Assistant Professor of Dermatology for Howard University, and has been a sought-after speaker at national conferences. She also shares her expert knowledge in professional publications.

Voted a Top Doctor in the D.C. Metropolitan area, Dr. St. Surin-Lord’s philosophy that each patient should leave her office feeling better about him or herself is evident in her commitment to personal care. She has appeared as an Expert Dermatologist on TOP Doctors Medical Interviews, featured on MSNBC, FOX News, CNN, OWN, and Bravo Television Network.

Call our Maryland and Washington DC dermatologist today to schedule your first appointment!